Boy Hires Hooker, But Gets Piggy Bank Stolen Instead

One of the remaining few!

A 14-year-old boy in Illinois got the opposite of lucky when a prostitute, with whom he arranged a date while his parents were out, instead made off with his piggy bank.
After arranging to meet the boy over the Internet, Dareka R. Brooks, 22, allegedly followed him to his bedroom in Prospect Heights, Ill., a Chicago suburb, and told him to remove his pants, said Margie Bolger of the Prospect Heights Police Department.
As the teen sat on the edge of his bed, Brooks sprayed him in the face with pepper spray and proceeded to steal his piggy bank and iPad, police said.
Authorities would not confirm how much money was in the bank.
After the alleged robbery, the teen called police. Cops “pinged” the iPad after Brooks turned it on, allowing them to track her to a motel in Elks Grove Village about 10 miles from the boy’s home, Bolger said.
Brooks was charged with armed robbery and ordered held on $10,000 bond on Thursday.
She did not enter a plea at the time and did not yet have an attorney.
The case is reminiscent of the 1983 Tom Cruise film “Risky Business” in which an Illinois teenager is robbed by a prostitute when his parents are out of town. 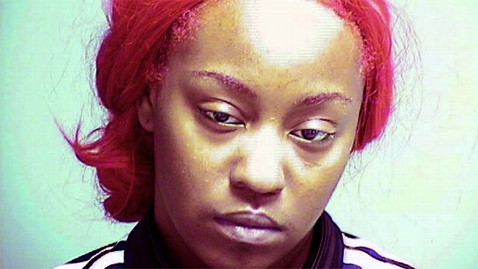